The Lure of Shapinsay By Krista Holle Review, Interview, and Giveaway Ever since Kait Swanney could remember, the old crones of the village have been warning her to stay away from the selkies. They claim that like sirens of old, the seal men creep from the inky waters, shed their skins, and entice women to their deaths beneath the North Sea. But avoiding an encounter becomes impossible when Kait is spotted at the water’s edge, moments after the murder of a half-selkie infant.

Unexpectedly, Kait is awoken by a beautiful, naked selkie man seeking revenge. After she declares her innocence, the intruder darts into the night, but not before inadvertently bewitching her with an overpowering lure.
Kait obsesses over a reunion deep beneath the bay and risks her own life to be reunited with her selkie. But when she lands the dangerous lover, the chaos that follows leaves Kait little time to wonder—is it love setting her on fire or has she simply been lured?
~The Haunted Rose's Review~
The author contacted me asking me to review and at first I wasn't so sure. The cover was a little confusing. I review paranormal, fantasy, and young adult, but this cover looked like I might be getting into some erotica. The author assured me it was appropriate and I took a shot at it. Right away I was lured into the book just like Kait is lured to the selkie man. So many old customs were used to beautifully and I wasn't confused again throughout the book. I didn't know what was going to happen next partly because I have never read anything like this. I don't even think I have heard of selkies before. In case you haven't heard about selkies, they are basically creatures of the sea that live for the water. They wear a skin that molds to them and helps them become one with the ocean. Well Kait being human falls for the lure of a selkie, and the selkie fell for the lure that Kait didn't know she possesses. This books opened my eyes to this type of genre. I'm hoping I can learn more about selkies or other mythical creatures in Krista Holle's future books. Anyway, If your like ancient myths or legends about mythical creatures I encourage you to read The Lure of Shapinsay!
~Bio~
Krista has been writing since she was nine-years-old when she scribbled out her first adolescent work entitled Merish, the completely illogical but heartfelt story of a girl who was part mermaid, part fish. As a young mother, Krista added to her repertoire some middle grade readers and picture books she’s wary of mentioning.
In 2004, Krista began an intensive four year period working part-time as a critical care nurse while homeschooling her four children. During this hectic time, courses of writing were taught and learned, and rules of syntax were scolded to memory. Ironically this period of study equipped Krista with the tools she needed to enter the next phase of her writing experience. Now equipped with the mysteries of the comma, Krista was ready to tackle a much bigger project—a full fledged novel.
After the kids were enrolled in public school in 2009, it occurred to Krista that there is an insatiable audience of women and girls who want to read books filled with stories about true love. Convinced that there was an unfulfilled audience waiting for what Krista loves to write—romance, she sat down in the family’s dungeon, a.k.a. the basement, and began to furiously type. In no time, her first novel was drying on crisp white paper.
Krista currently resides in Midlothian, Virginia with her husband, four daughters, and an eccentric cat with an attachment to the family’s socks. She continues to write obsessively every chance she can get.
Krista Holle's Links-
Twitter
Facebook
Goodreads
Website
~Interview~

1. Tell us about yourself.
My name is Krista Holle (pronounced like the red berried tree), the author of the newly released novel, The Lure of Shapinsay. I’m a critical care nurse and the mother of four awesome daughters.  If this doesn’t keep me busy enough, I write like a fiend.  I also love pizza, live in blue jeans, and collect seashells.
2. Are you working on any other books?
This summer I’ll be releasing a young adult book, entitled The Wind Whisperer.  It’s about a young Native American girl with the ability to “hear” the spirits of the wind.  While her tribe’s at war with a brother tribe, Anaii inconveniently falls in love with the enemy.  It’s basically a yummy love triangle that takes place before the arrival of the first white man.  It’s filled with intrigue, kidnappings, murder, and battles.  The guys will like this one too.
3.  What authors influenced you the most?
Stephanie Meyer, Shannon Hale, Tracy Chevalier.
4.  Zombies, vampires, werewolves, angels, demons, witches, or faeries, and why?
All of the above except for Zombies. They’re just gross.  Supernatural creatures are so much fun to write and read about, but please add selkies to the list.  These mysterious seal men and women have enchanted the Scottish people for thousands of years.
5.  What is the wildest idea you had while being an author?
Writing a modern remake of Tarzan and Jane.  I still haven’t let this one go.
6.  What is your favorite part in your book?

My favorite scene was when Kait got Eamon to eat Cullen Skink for the first time.  Eamonis from the sea, so he has an aversion to soil or anything that comes from under the ground.   He tolerates the first bite of smoked haddock (fish) pretty well, but when he chomps into a potato, the violent physical reaction that follows had me giggling when I wrote it.
7.  What is your favorite book?
Honestly, I have so many favorites, but Twilight is high on the list as is a lesser known book by Cynthia Voigt called On Fortune’s Wheel.
8.  If Harry potter and Edward Cullen had a fight what do you think the outcome would be?
Great question, but ultimately, Harry would kick Edward’s butt.  It would only take one “Immobulus!” or an “AvadaKadavra!” and Edward would be finished.  This makes me sad, but it’s true.
9.  In one sentence only, why should we read your book?
Many of my reviewers have told me they have nothing to compare my book to because it’s so darn unique!
~Giveaway~ 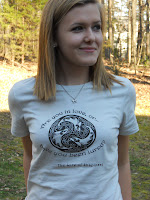 Where Dead Bodies Lie
by Kat Cazanav
My rating: 4 of 5 stars