Yay! My stop is finally here! Boy was I lucky to get the last spot left on the tour. For some reason nobody wanted May 2nd! :) At the last second I was able to receive the ebook and a guest post for this stop so enjoy!

Goodreads Summary-
Mira Johns is pretty much like any other teenage girl. Except that she knows how to harness electro-magnetic energy to communicate without words. And she’s really, really far from home. Her assignment as an emissary to Earth sounds fairly simple: blend in, observe, and stay away from the planet’s primitive males. But after she finds one mysterious boy too irresistible for stupid rules, she realizes the real reason she’s supposed to keep her distance: mates from her world can die if separated. But a series of serious accidents make it clear that someone wants to force her return. Mira decides her only hope is to uncover the truth to why she, the most mediocre of candidates, was actually chosen for this assignment—before the agency discovers her secret and sends her back home.

~Review~
Cover Thoughts-
I love it! It's so unearthly and magnetic just like the book. I pictures Mira just like that!


Aliens? Umm well this is different. I have never read anything about alien romance.


What I liked-
ExtraNormal is completely unique. I wasn't sure how much I would like reading about aliens and science stuff but this was not what I expected. It was awesome. This girl gets an opportunity of a lifetime and the first day is already breaking rules like eating Earth food, talking to males, and well falling in love. I love the effects Suze Reese added to Mira's race of people. They can stream which is like talking through mind. They can sense emotions and do basically everything better. So it only makes it harder for Mira to stay on the down-low to keep her mission a secret. She must get evidence that 2 suspecting teachers changed their beliefs in exchange for the Earth ones. She runs into a million different distractions and pieces of information she must put together before she leaves and leaves the love of her life behind as well.


What I disliked-
I thought the ending was too happy for my tastes. I wanted a bit of a let down or a cliffhanger or something to get me all riled up for the next in the series. If there is a next one of course I still want to read it but ExtraNormal almost felt like it could be a book without a series. That's about it. I loved it.

Overall Readability-
It was unearthly and dream shattering. I was so excited to get to the end because I did not want Mira's love story to end. Uniqueness it what I look most to in books because I hate reading the same thing and this book was totally unique and it was good!

4 out of 5 Haunted Roses

Thanks so much for having me on as a guest blogger today! As you know, you’re stop number 10 on An ExtraNormal Blog Tour, which is celebrating the release of my new paranormal romance. Many of the stops have had reviews, which has been crazy fun. And there have been several interviews, also fun. But you’re my only guest post. (Don’t you love feeling special?)
It took me a little time to decide what to blog about – it feels a little funny to just come brag about my book. Though I know that’s what promoting is. So I’ll just say it once: ExtraNormal is totally amazing and you’ll love it. Honest. And I’m only slightly biased.
Plus there are incredible prizes for participants in the blog tour (hint: a Kindle!) So make sure you check that out at the link above. 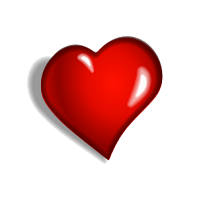 With that out of the way, I’d like to talk about one of my favorite subjects:
LOVE! That’s right (picture yourself tossing rose petals when you say it): L-O-V-E!
I’ve been giving it (love) a lot of thought lately.
Partly cause I happen to be in love with the most amazing guy. But that’s off topic.
Also because I run the blog carnival I Heart YA (follow along from my blog on Tuesdays if you’d like. More shameless promoting! Isn’t it great?!)
Mostly because I’m starting the outline for the sequel to ExtraNormal, and have been especially tuned in to the many varied opinions on the subject. One person’s “dreamy” can be another person’s “gag me”. The words “hot and steamy” can be a turn-on to some (sorry about the pun) and a turn-off to others. And don’t even get me started on the topic of Insta-Love. Some won’t read any books that include love at first sight. Others find exceptions for paranormal activity. And others swoon at the very thought. (Look, you got me started. Okay moving on.)
Out of curiosity, I googled the question: “What makes a good romance novel?” Wouldn’t you know, someone asked almost that exact question on Yahoo Answers.
So just for kicks, let’s dissect some of the responses. Remember, these are people saying what they like in a romance. And NONE of their answers are wrong. Just their opinions. (I didn’t edit them by the way.)
“What i think is interesting is when a girl has to chooses between 2 irresistable guys.”Hmm. That sounds suspiciously like a love triangle. Which I can say for a fact some people despise.
“HUMOR, humor is what makes the struggles in the story okay and gels the entire thing together.”I personally love humor, and have a lot of it in ExtraNormal. But sometimes that can be interpreted as: “This story was so cheesy!”
“i like when the story is explained well and it isnt rushed”Ah, that’s tricky. It sounds good, but can also be called: “Slow moving. Drags. Boring!”
How about this? “Give them (the characters) flaws, make them HUMAN.”
Yep. Sounds good again. But that can also go like this: “The characters were so annoying.”
Here’s a good one: “the more people in it. the better.”
That one could definitely say: “Confusing!”
And here’s the last one: “You don't want to make the characters annoying because i'm often found shouting at characters because they are too dense or stupid.”
Hard to argue with that. But refer to the comment about character flaws earlier.
In short, there is no right way to write a romance novel. Every novel will stink to some people and be genius to others (well, maybe just the author, but hopefully more). That’s why I think it’s great that there are so many options. The best an author can do is write a story that they enjoy and hope a few others will like it as well.
What about you folks? What makes a great romance to you?

Thank you Suze! My quick answer to that question is.... smoldering abs. HA! Just kidding I look for an awesome confession of love and a beautifully detailed description of the love they share, and a butt-kicking adventure of course! *which Suze added in ExtraNormal*
"Ah ree jooan"- Our love is strong. That is my favorite quote.

by Kat Cazanav
My rating: 4 of 5 stars