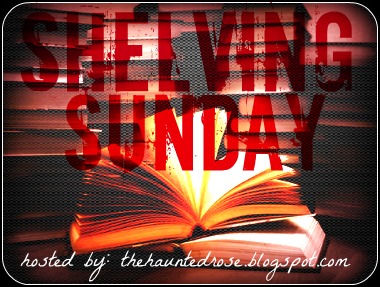 Every Sunday I try to dedicate one post to thank every author that sent me books, or giveaway hosts I won from, or a friend that lent me a book.
Don't forget to tell me if you own or have any of these too!

S.M.Boyce hosted an enormous blog tour with lots of giveaways and I fortunately won the cool bracelets and tattoos below and a ebook copy of Lichgates. 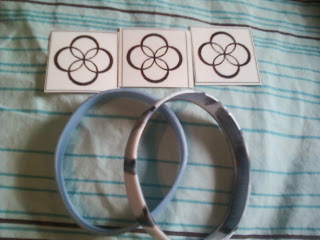 The Grimoire turns its own pages and can answer any question asked of it, and Kara Magari is its next target. She has no idea what she's getting herself into when she stumbles across the old book while hiking a hidden trail. Once she opens it, she's thrown into Ourea: a beautiful world full of terrifying things that all want the Grimoire's secrets. Everyone in this new world is trying to find her, and most want to control her.


Braeden Drakonin grew up in Ourea, and all he’s ever known of life is lying. The Grimoire is his one chance at redemption, and it lands in his lap when Kara Magari comes into his life. He has one question to ask the book – one question that can fix everything in his broken life – and he’s not letting Kara out of his sight until he gets an answer.
There’s no escaping Ourea. There’s no going back now.

Okay so these bookmarks weren't technically won. Imogen Rose was just kind enough to send me some. :) I also plan on having a giveaway with these since I have so many! Maybe to celebrate the release of the second book in the bonfire academy series Integration. 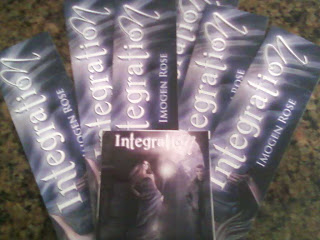 
SupaGurl Books hosted a giveaway on the Meeting Destiny Tour by Nancy Straight. I won all three signed paperbacks in the series! I can't wait to get reading Meeting Destiny. 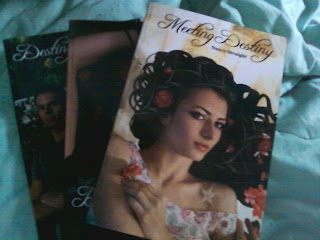 Lauren is visited in her dreams for years by a stranger claiming to be her destiny. Destiny becomes reality when paths cross during a failed robbery attempt. Lauren and the stranger experience chemistry like no other and now her doubt over her long time relationship with her high school sweetheart is not her only secret…someone else knows about her keen intuition and sixth sense.A mysterious clairvoyant seeks Lauren out and tells her not only of her life now but what the future may hold. Soon Lauren is in the middle of a murder investigation and a questionable friendship with the key suspect. Law enforcement, friends and family are concerned for Lauren but unfortunately they are unaware of the true danger…Sinister forces are at work and will stop at nothing to destroy Lauren’s abilities.

Swipe was sent as a paperback by Thomas Nelson Publishing for Evan Angler's blog tour. I did a review for it located here. 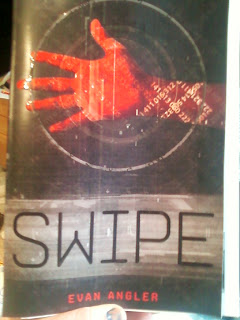 Everyone gets the Mark. It gives all the benefits of citizenship. Yet if getting the Mark is such a good thing, then why does it feel so wrong?


Set in a future North America that is struggling to recover after famine and global war, Swipe follows the lives of three kids caught in the middle of a conflict they didn’t even know existed. United under a charismatic leader, every citizen of the American Union is required to get the Mark on their 13th birthday in order to gain the benefits of citizenship.
The Mark is a tattoo that must be swiped by special scanners for everything from employment to transportation to shopping. It’s almost Logan Langly’s 13th birthday and he knows he should be excited about getting the Mark, but he hasn’t been able to shake the feeling he’s being watched. Not since his sister went to get her Mark five years ago . . . and never came back.


When Logan and his friends discover the truth behind the Mark, will they ever be able to go back to being normal teenagers? Find out in the first book of this exciting series that is Left Behind meets Matched for middle-grade readers.

Finally I got my hands on this amazing book in one of my favorite series! 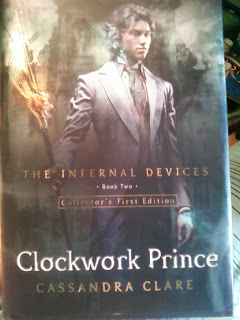 In the magical underworld of Victorian London, Tessa Gray has at last found safety with the Shadowhunters. But that safety proves fleeting when rogue forces in the Clave plot to see her protector, Charlotte, replaced as head of the Institute. If Charlotte loses her position, Tessa will be out on the street and easy prey for the mysterious Magister, who wants to use Tessa's powers for his own dark ends.With the help of the handsome, self-destructive Will and the fiercely devoted Jem, Tessa discovers that the Magister's war on the Shadowhunters is deeply personal. He blames them for a long-ago tragedy that shattered his life. To unravel the secrets of the past, the trio journeys from mist-shrouded Yorkshire to a manor house that holds untold horrors, from the slums of London to an enchanted ballroom where Tessa discovers that the truth of her parentage is more sinister than she had imagined. When they encounter a clockwork demon bearing a warning for Will, they realize that the Magister himself knows their every move and that one of their own has betrayed them.Tessa finds her heart drawn more and more to Jem, though her longing for Will, despite his dark moods, continues to unsettle her. But something is changing in Will; the wall he has built around himself is crumbling. Could finding the Magister free Will from his secrets and give Tessa the answers about who she is and what she was born to do?As their dangerous search for the Magister and the truth leads the friends into peril, Tessa learns that when love and lies are mixed, they can corrupt even the purest heart.

And last but not least here is a quick rundown of all the ebooks I have acquired through blog tours, authors, and bought myself.

See any up above that you heard of? Or own? Or want to know more about? Comment!
Posted by Shelby Young at 7:19 PM